Ready to get healthy, be productive and improve your home at the same time? JOIN MY FREE 5-DAY CLEAN IT UP CHALLENGE! 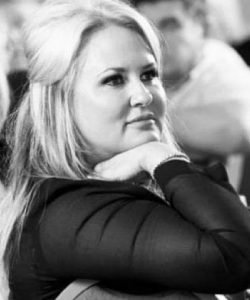 I met Jennifer Jenkins at the heaviest point in my life. Not only had my weight exceeded a point that I had never reached in three pregnancies, but my self-confidence had reached an all-time low.

I felt like I was in a hole I could not dig out of alone.  I had listened to a lot of diet propaganda over the years, and the Atkins Diet nearly killed me.  I experienced kidney stones, adrenal fatigue, and low blood sugar from an all meat/fat-based diet.

Many years ago, I had developed a dysfunctional relationship with food in high school and college. I had an all or nothing attitude. Either I was starving myself on the latest diet craze, or I was eating anything and everything I wanted, because (in my mind) I had earned it!

My metabolism, in a young athlete’s body, was forgiving. My demands on myself were less forgiving. I noticed that my body’s recovery rate was decreasing by age 21, when I was a sprinter on an intercollegiate track team. I was tired and sore all the time.

After several years of yo-yo dieting and frequent partying, I retired my sprinter’s spikes, because I was always fatigued and hurting. I was running on empty.

My family believed I was on the road to anorexia, because I would become extremely thin, and it was from starving myself and over exercising. There were no drugs involved, but I would stop eating and work out all the time. It was the era of aerobics and “Let’s Get Physical.”  It was also the era of the “Cambridge Diet,” on which I became underweight, and my metabolism was bottoming out.

It was not until decades later, when I met Jennifer Jenkins, who said, “YOU CAN’T OUT EXERCISE AN UNHEALTHY DIET” that I began to understand all the exercise in the world would not burn off the calories and build the muscle I needed to maintain a healthy metabolism and weight (without starving myself).

Another diet myth I believed was that alcohol had no sugar–that it was ok to drink wine, beer, and “low carb” spirits regularly. So, why was I continuing to gain weight? Is red wine healthy for you? It’s not healthy for me—I gain weight (especially around the belly) and slow my metabolism every time I start drinking wine.

Medically trained as a nurse, Jennifer recommended that I see my medical doctor to run a metabolic lab panel. We learned there was no “clinical” reason that I was continuing to gain weight, but my post-menopausal hormones needed a little tweaking.

CALORIES COUNT, despite all the low-carbing beliefs I had adopted. In 2015 (shortly before I met Jennifer) I had entered a relationship with a “foodie,” who had a physically demanding job, where he burned thousands of calories a day at work. He could eat anything he wanted, without gaining weight. And after 23 years in the Navy, he wanted to cook and eat all the time. Food was his “love language.”

I threw all caution to the wind, and my 53-year-old body began packing on the pounds. I blamed aging; I blamed hormones; I blamed a slowing metabolism; I blamed the “foodie,” and I had many justifications for not exercising. I continued to believe that drinking wine was GOOD for me.

I NEEDED A COACH! I was once told that if you want to find a great hair colorist, look for a person whose hair you absolutely love. When I met Jennifer Jenkins, I felt like she was “glowing” with fitness and good health. I wanted to look like her: smiling, energetic, and encouraging.

In 2016, I wasn’t ready to fully commit to changing my lifestyle. I was extremely stressed out from starting my own business, and Jennifer introduced me to some nutraceuticals that helped with my energy. The added B vitamins kept me going, and Jenn also taught me how to Re-Hydrate and drink ½ my weight in water.  Staying well hydrated definitely helped my aches and pains, but I failed to make the diet and lifestyle changes to lose the weight.

YOU CAN’T OUT SUPPLEMENT AN UNHEALTHY DIET. I half-heartedly followed Jennifer’s online nutrition advice, and I thought I could attain health and lose weight, if I took the right nutriceuticals. Taking healthy supplements and staying well hydrated is only a part of the picture, and there is NO MAGIC PILL!

After many months of inactivity (my choice) during the Covid-19 shutdown, I had packed on another 15 pounds. My joints ached much of the time, and the last thing I wanted to do was exercise.

I hired Jennifer in 2020 as my Health Coach. I needed help. The number on the scale was horrifying to me (and my doctor). I felt like I had fallen victim to a life of obesity. NO, OVER WEIGHT IS NOT A “NORMAL” PART OF AGING!

After calculating weight loss goals and designating calorie targets, Jenn put me on the right track. I had finally committed to changing, and I did. I lost 40 pounds in four months. I did not increase my activity during this period, despite Jennifer’s urging. I lost the weight, but I did not follow Jenn’s sustainability plan, so ten pounds crept back up.

I am not the cook in our household, and I began eating more meat again. Bacon has been “de rigeur” in our household for seven years. Jennifer recommended that I adopt more of a plant-based diet: something I had never considered.

I NEEDED MORE STRUCTURE. It was nigh but impossible to stay on track with my weight, health, and fitness goals, when fatty meats were being served every night at our kitchen table. And I was beginning to experience joint pain and low energy again.

THE SILENT ENEMY: During our coaching sessions, I told Jenn that I had a family history of neurogenerative diseases. My mother had early-onset cardiovascular dementia (in her 50’s), and my father passed away from Lewy Body Disease (a Parkinson’s-like form of dementia). I had been differentially diagnosed with Multiple Sclerosis in my 30’s; it was later diagnosed as Fibromyalgia.

After exhausting nearly every hypothesis of how young adults in my family were suffering from neurogenerative diseases, it occurred to me that my parents had been avid golfers. They walked golf courses with pull carts for decades. What if it was all the weed killer and fertilizer on the golf courses that was the nerve-killing toxin?

WHAT IS GLYPHOSATE? I told Jenn my hypothesis about my parents’ environmental exposure to fertilizer and weed killer. Always reading and researching, Coach Jenn asked if I read about glyphosate (the primary ingredient in the weed killer Round-Up). We discussed its prevalence in much of our US food supply.  It is a neurotoxin in addition to devastating our gut flora and other areas of our bodies. And red wine and beer is full of it!  I asked myself again, “IS RED WINE HEALTHY FOR YOU”?

Jennifer introduced me to Purium, a company she learned was based on organic, plant-based nutrition that was glyphosate-free. Their product, Biome-medic, has been proven to reduce/remove glyphosate in the body. The importance of moving to glyphosate-free eating (and drinking) cannot be overstated. Jenn started me on the Ultimate Life Transformation plan: a blend of vegan shakes, muscle-building amino acids, a probiotic/prebiotic blend, a detoxifying supplement, and a yummy melatonin product: Apothecherry.

SERATONIN IS PRODUCED IN THE GUT? Within days, I noticed a MAJOR difference in how I felt. My mood was lighter; I was sleeping better; and my workout recovery time and soreness had decreased. But why did I feel happier and less anxious? As my gut was getting cleaner, it was able to produce more serotonin: the happy neurotransmitter.

A STRUCTURE I CAN FOLLOW!  Purium’s Core 4 nutrition is perfect for me, as I commute 120+ miles per day. I pre-mix two (2) vegan shakes and pack organic fruits and vegetables (flex foods) in a thermal (cooled) lunch bag. I always take the Super Aminos before my work-out, and the Biome-medic continues to repair my gut, which also helps my immunity. I now look forward to working out!  For added immunity, I am taking Purium’s ZinCADE.

My weight and mood are lighter. And my future couldn’t be brighter, as I enter my sixth decade on our beautiful planet. While Purium is better for me, organic, plant-based eating is better for our planet too, and I love that Purium will be plastic free in 2021!

I’M SPENDING LESS AND SAVING MORE $$$. Core 4 supplementation and Power Shakes are keeping me out of fast-food drive-thrus and coffee bars. And health coaching is keeping me on track!

Clean up your diet and your mood in 2021 and beyond. Work with a great coach and accountability partner. I highly recommend that you lock arms with an expert as committed to your success as you are. I cannot recommend a better person or a better health coach than Jennifer Jenkins, Rooted Holistic Health Coaching.